When I was 2 my father fell down the stairs carrying me. While I don’t recall the actual event there is something in the back of mind – a feeling that remembers. Later on, I wondered if perhaps this accident dislodged something in my brain – the bit that retains information as this has always been an issue for me. I did once go for tests and spent 24 hours with wires attached to my head so they could analyse my brain. The outcome was unclear. This weekend however I read a report about the effects of a high sugar diet on brain function. So maybe it was my mother and her sugar sandwiches rather than my father dropping me.

Apparently eating a sugar-rich diet in infancy may affect brain development. Scientists at the University of California fed one group of rats a high sugar diet and the other regular food. A few weeks later, the animals were set tasks to gauge their ability to recognise items – sort of memory recall associated with the hippocampus part of the brain. The ones on high sugar performed much worse than the other group. On analysing the faeces of the high sugar fed rats they found that their guts contained higher levels of Parabacteroides. When these microbes were added to the diet of the other rats, they too performed poorly in memory tests. So, I am wondering if one can reverse this? If so, should I eliminate sugar from my diet now and will I then be able to remember what I had for breakfast.
Seriously there is no doubt that despite this recent survey we all know that sugar is bad for us. And I did once manage 6 months without sugar including pasta and other sugar related items. The first 6 weeks is the hardest to stop the cravings but then once you start to feel the full effects it  does become easier.  Sugar is incredibly addictive more addictive apparently than opioid drugs such as cocaine and of course more prevalent, available, and socially acceptable than amphetamines or alcohol, and so harder to avoid.
So, some 8 years ago I decided to go on a detox, and I chose a retreat in southern Goa. I had already been in India for a few weeks and found a place with good reviews in the southern tip of Goa. I arrived on one of the hottest days in Goa and was greeted with what looked like a delicious  cold smoothie which I promptly downed only to throw up once I was in the privacy of my room. It was disgusting. And every day I had to down three of these each fouler than the last one. And no food. Only on the 5th day could we eat what resembled food. My fellow guests were also having twice daily enemas which I declined as I had spent the previous week in a hotel  clutching the  white porcelain of the toilet bowl violently ill with dysentery.  I felt there was nothing left to be evacuated and quite frankly I had no intention of going anywhere near the rear end of my body. 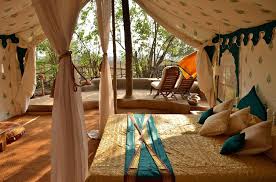 But it worked and I rid my body of sugar  and kept it up for around 6 months. In this last 5 months since lock down my sugar intake has increased fourfold. Cakes, biscuits, chocolate, ice cream and even boiled sweets. I needed to give myself treats, to lift my spirits even if only momentarily. I, of course, blame my mother for starting me off in life with white sugar sandwiches on white bread.

And in line with the governments new obesity strategy and banning two for one adverts of junk food I have decided to try to renew a sugar free diet. I have just waved cheerio to Toby and Linda who in the midst of a summer storm — I know what summer — have left for a week of wild camping. So, it is just me and I have no excuse not to carry this out. It might mean, of course that I have to don mask and gloves and buy some healthy food. I rather relish getting out it will be a welcome distraction as this past weekend has been tough – five months has finally got to me. Rain, grey skies and a bleak future sent me under my duvet and not even my trusted friend Netflix could lift me out of my gloom. I was thoroughly miserable and piss poor company. But today I dragged myself from under the duvet, dusted myself down and started afresh – with hopefully no sugar.

2 thoughts on “Sugar and brain function”