Watching Tony Blair today on an Intelligence Squared discussion about the Labour politician Ernest Bevin  bought back all those feeling of disappointment and disillusionment about Blair’s time as PM.  We were all so hopeful when he first took office. A new Labour – a new way forward. He was young, enthusiastic and it was infectious. I did have a few qualms – a little too slick perhaps, too cocky  but hey after Mr Boring  Major, we were ready for something different. But he did us a huge disservice and I felt awfully let down.  Ironical that he should be talking about  a man with gravitas and social conscience.  How different he was from Ernest Bevin. 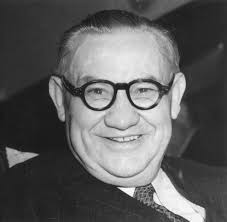 Indeed right now had Bevin been in charge I am sure he would have been better prepared and we would have a  COVID19 plan in place.   So what happened to politics when did it become  dirty, self efacing, and egotistical  or has it always been so.  The last good PM contender that I remember was John Smith the Scottish leader of the Labour  Party who  sadly died from a heart attack. I  think he would have been a good PM but  we will never know.  Since then we have had a catalogue of unimpressive leaders.  Maybe I am looking back with rose coloured spectacles but back in the day I am sure there were more  politicians who  really did care about making society a better place – now it is feels like  ego, power mongering and  self promotion. Of course, there are exceptions. But it is embarrassing that we have world leaders who appear to be looking down straws that have mirrors at the end of them.  And just to top it all we now have Kanye West saying he is going to run for the White House.

To add to my  somewhat pessimistic mood when making breakfast this morning my toast fell on the floor – and yes it was butter side down! It reminded me of the Dr Seuss’s children book The Butter Battle Book about the Cold War. Not your normal  kind of Seuss book. Much darker – it was an overt political satire and protest against the nuclear arms race. The main characters being  members of the Yooks, who appear to represent the US and NATO countries, while the antagonists, the Zooks, appear to represent the Soviet Union and Warsaw Pact countries. The book finishes with an impasse, as a Yook general and a Zook general stare each other down over a bitter land-dividing wall, both holding their atomic beans over the ground. Remind you of anyone?  It ends with an ambiguous blank white page that could be interpreted as the end of all life. 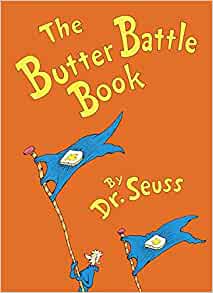 I wonder what Seuss would have written right now about COVID19.

I seem to have gotten a bit lost here – I apologise. I blame Tony Blair. But he just got me thinking about politics and leaders and my emotions got the better of me and took me off on a tangent going nowhere.

I forgive myself – this is my 80th blog and on occasions I am bound to get lost.  If, however, I was David Sedaris, with his wonderful sardonic wit and observational talent, I would be able to make mountains out of my molehill. I do however have one thing in common with Sedaris  – sadly it’s not writing   but rather our choice of  clothes.  It’s no fun getting dressed up when nobody can see you. I pass by wardrobes every morning  and hear desperate pleas of ‘pick me pick me’ as my clothes hang bored and unworn in my three wardrobes. What’s the point? So it just becomes another sweat pant day.

This is Sedaris on clothes from a piece in the Irish Times.

““I had bought all these outfits, and I was so looking forward to wearing them,” he says, mentioning with particular wistfulness a lavishly ruffled black Comme des Garçons jacket – “a cross between when Mammy was in mourning after the baby died in Gone with the Wind, and something that PT Barnum would wear” – now hanging in his closet, an artefact from an alternative reality.